We spent 10 days in London and we made the best of them.

Unfortunately, Ed was required to work during the week, leaving us to find adventure on our own during the day. How dare he work and make a living! The nerve! 🙂

We bought an oyster card for the tube, and off we went…’Please Mind the Gap.’

The clouds and rain didn’t bother to join us for the London Eye, only beautiful blue skies. 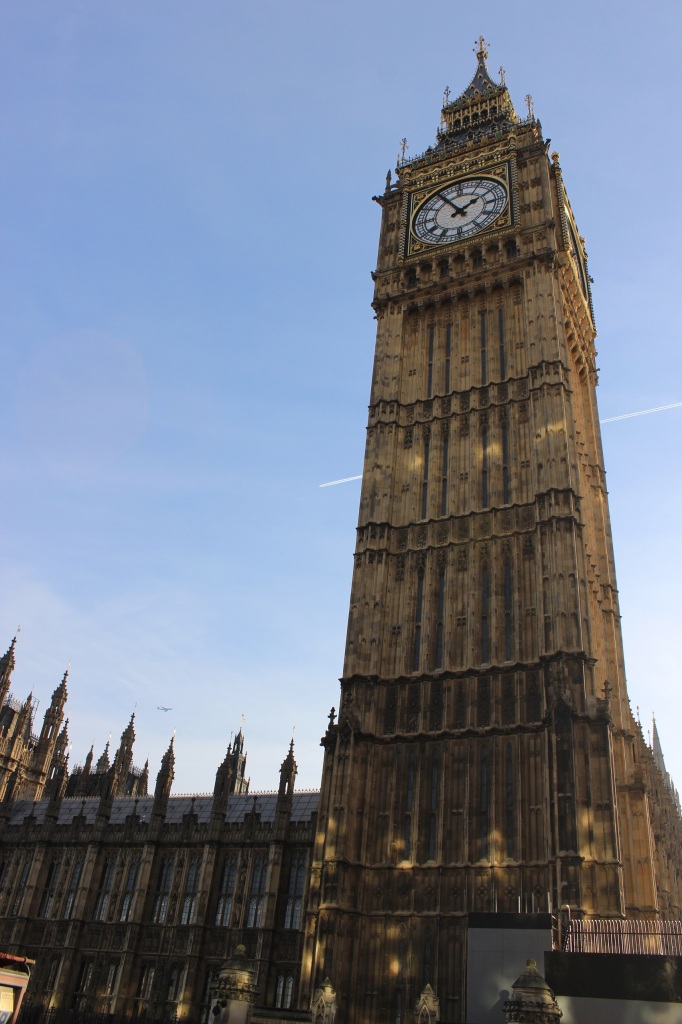 Walking around central London, we always seemed to find our way back to Chinatown for some boba tea. Our favorite: Milk Tea, Earl Grey with Tapioca pearls. (Thank you Ann for introducing us to ‘milk tea’ back in Ireland)  🙂

Dinner was always up for grabs. Ed cooked quite often, we made dinner, sometimes we were on our own and other times we went out.

Ed knows his wines and spirits. On one occasion, Ed gave Matt a blind whiskey tasting. Matt didn’t ace the test, but labeled four of six. It’s not pretty, but it’s still a passing grade.

During the week, we met yet another amazing member of the Shaw family. In the neighboring borough of Chiswick (pronounced chiz-ick) is where Ed’s relatives, David and his family, live. Generously, David and his family took the three of us out for a delectable Italian dinner.

David and his family live in a building adjoined to a popular independent recording studio called Metropolis. This is pretty convenient for David as he works in the music industry. He’s a member of the band, Three Pilgrims, as well as a producer for many other independent artists.

After dinner David gave us a tour of the studio. The building was first built as a powerhouse for the London trams, but quickly fell to disrepair when a neighboring competitor won the market of West London. One of the largest buildings in the neighborhood, it was built dense to prevent noise escaping from the generators within.

To save the building from redevelopment, the Victorian Society campaigned to protect it. Eventually avoiding redevelopment, the Metropolis Group purchased the property and renovated it, the same noise reduction properties working in their favor for the site of a recording studio.

Today, some of the notable artists who have recorded at Metropolis include: Queen, The Who, Jay-Z, Justin Timberlake, Elton John, Lana Del Rey, Amy Whinehouse and Rihanna. There are several more, if you’re interested, on wikipedia.

David’s daughter, Indica, at only 4 years old can sing any Michael Jackson song. Seriously- every single word, to ANY Michael Jackson song. It’s incredible. The three of us put her to the test at the dinner table (after 2 bottles of wine). She’s going to be famous one day, so watch out. Did we mention she’s ridiculously cute?!

We had a great time meeting David and his family. After dinner, we ventured back to Ed’s for cheese and gin martinis, because that’s how any good night in London ends.

—
Blondie and the Beard

Read This One Hungry (or Thirsty): Borough Market

About Blondie and the Beard

Trading their 2-bedroom for backpacks and boots, follow Brit and Matt on their adventure through Europe.